Eylamatwork > Attention Management  > The Long and Winding Road to the Present 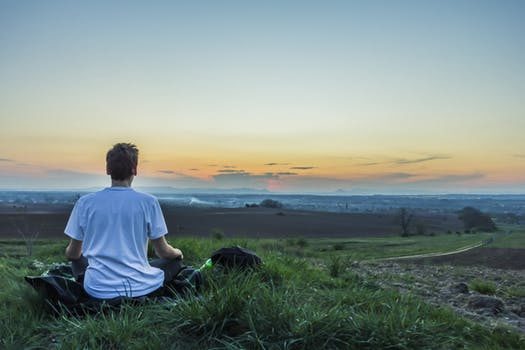 The Long and Winding Road to the Present

“Where is Eylam?” I heard my army lieutenant ask.
Some of my comrades started giggling, “He is up on the roof again, Sir” they said.

I was doing a Yoga headstand Asana bare foot in the sun. The roof was my favorite place to do it. After a stunned silence I heard rapid steps up the ladder. When my lieutenant’s head popped through the hatch, his eyes quickly opened and blinked. We glance at one another in a funny upside down sort of way. He was hiding his smile and I trying to keep serious.

As a little boy when I was upset I knew I could always go and see our neighbour Shalom Shaul, who was a palmistry master baffling everyone with his visions and predictions, I hoped he will tell me how not to get myself kicked out of class.

He smiled however but would tell me stories from the time he wandered the jungles of Burma when he was my age, ran from home and joined the Monks.
He played for me the meditation ragas of the Monasteries and told me of a vibrant spiritual world I could experience through dedicated training.

In my early teens I found an American Yoga master called Sam Kaplan living in the Israeli desert city of Arad. Some friends and I would frequent his classes whenever we could during our school holidays. Although my fascination with Zen continued, because I had no teacher, I learnt alone to quiet my mind, which is not as easy as it looks and takes quite a lot of practice.

Deeply impressed by P. D. Ouspenski’s book “In Search of the Miraculous” where he recounts teachings and meetings of the Russian Master Gurdjieff, I wrote the head of the Israeli Gurdjieff society Amnon Ben Tzvi, of some passages I did not fully understand. In our meeting he realized I was only 16 and suggested that I should go do “young people’s stuff” first and then be in touch again in a few years

The Healing Tao tradition came in late but I was lucky enough to attend workshops with Mantak Chia, who despite his age had a much more flexible back than any of ours “You are as young as your back” he said smiling.

Back then friends thought I was a weirdo but Lo and behold, today Yoga, meditation, Chi Kung and mindfulness, are everywhere, available, accessible and accepted into the mainstream of our culture.

I am grateful to have come across some of the ancient practices and I feel lucky to have been growing up not only in a place where I could discover them but also in a period where time was still available at leisure and abundance.